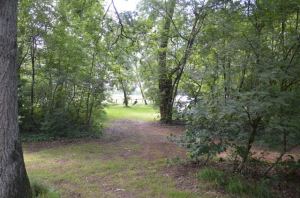 Westerwolde originated during the penultimate ice age (130,000 years BC). The site “De Slangenborg” is located in the middle of this region and has been an overnight place for humans and animals since the beginning of time, especially due to its high location. Not only did nomads such as the Funnel Beaker People (1000 BC) probably camp here. The Roman path (Pontes Longi) is known to cross the site and Romans no doubt stayed here after their treks through the surrounding swamps (AD 50).

At the end of the 19th century, the site received an owner and was mainly used as a grazing area for sheep from Ter Borg. Temporary barracks were placed in the 1940s and the planting of this heath area was started. It was used for almost two years by the German occupier who put Dutch young conscripts to work here under German command. After the war, the barracks were demolished, the terrain remained undisturbed for more than 10 years and planted shrubs and trees were able to grow luxuriantly, ultimately creating a somewhat cultivated area with special flora and fauna.

Now, in the 21st century, it is still a safe place to stay for people and animals and since 1955 an official nature camping site that offers peace seekers and nature lovers unique camping pitches with lots of privacy.